How to Choose a Grinder

What makes a grinder great? Shhhhh. Here is a dirty little secret in the world of increasingly expensive espresso machines. Any espresso machine over $2,000 and under $8,000 pretty much works the same way. They pull shots at a fairly consistent digitally controlled temperature and pressure. They are all made from high-quality, long-lasting boilers and internals. You would be hard-pressed to tell the difference in the cup between any of them. Of course, there are bells and whistles and differing finishes - but we are talking about flavor here. So - from where does the character come? How are we developing the complexity, sweetness, and layers of nuance that justify $20 per 12-ounce bag? Simple answer: the grinder.

Let's get started with this short video.

The espresso grinder is what determines how we unlock the flavor hidden within the beans. But what makes some grinders great and other less so? It comes down to relatively simple criteria: uniform particle size without excess heat or static.

The three elements of a grinder that will best determine the outcome are: The burr size is what most immediately gravitate to explain the difference between grinders. It is an easy thing to say: the bigger, the better, and to a large degree, this is true. The larger the burr size, the more cutting area available. A greater diameter burr means that for any quantity of beans, there will be fewer rotations of the burr set to grind them thoroughly, which leads to a faster dose of ground coffee: not a more rapid spin, a quicker result. In the world of coffee, faster usually means cooler - as one does not want to "bake" their beans while they are ground. So, we'd like to amend the knowledge and say "faster is better," rather than "bigger is better." Quicker has an added benefit as well. The more rapid the dose, the less chance for static electricity to build between the grinds, which leads to clumping, uneven distribution and inevitably, channeling.

The burr shape often goes hand in hand with the burr size, as conical burr grinders have far more cutting surface than a flat burr for the same given diameter. Also, they can spin slower, as they do not rely on centrifugal force to dispense the grounds: gravity takes on that load. Of course, that means that conical burr grinders are better, right? Not so fast. Unlike the other two criteria, burr shape comes down to personal preference. Conical burr grinders can create more "fines" than flat burr grinders. "Fines" are smaller coffee particles that dissolve more quickly in the cup - bringing out the lighter, more floral flavors. Unfortunately, these "fines" may also create less restrictive pathways through an espresso puck: in other words, channeling. The flat burr grinders, on the other hand, tend to have a more uniform particle size which allows the coffee particles to extract at a more consistent rate. This absorption lends itself to a more balanced, traditional type of espresso. Conical burr grinders definitely retain fewer grounds in the burr set - as they rely on gravity to "clear" them. This can certainly affect the taste, as flat burr grinders - which rely on centrifugal force, will retain grounds in the burr set once the spinning stops.

And finally, we have the opportunity to discuss motor power, which is relatively straightforward. Big motors = big power = better espresso.

Summary of how to choose an espresso grinder

While we would love to sell you a brand new espresso machine, usually when folks call us looking for an upgrade - we recommend upgrading the grinder first to see if the more developed flavors from a precision grind make the difference they hoped to achieve. When buying a complete set-up, we generally recommend that consumers spend 40-50% of their budget on a grinder. The investment usually pays off in the cup. 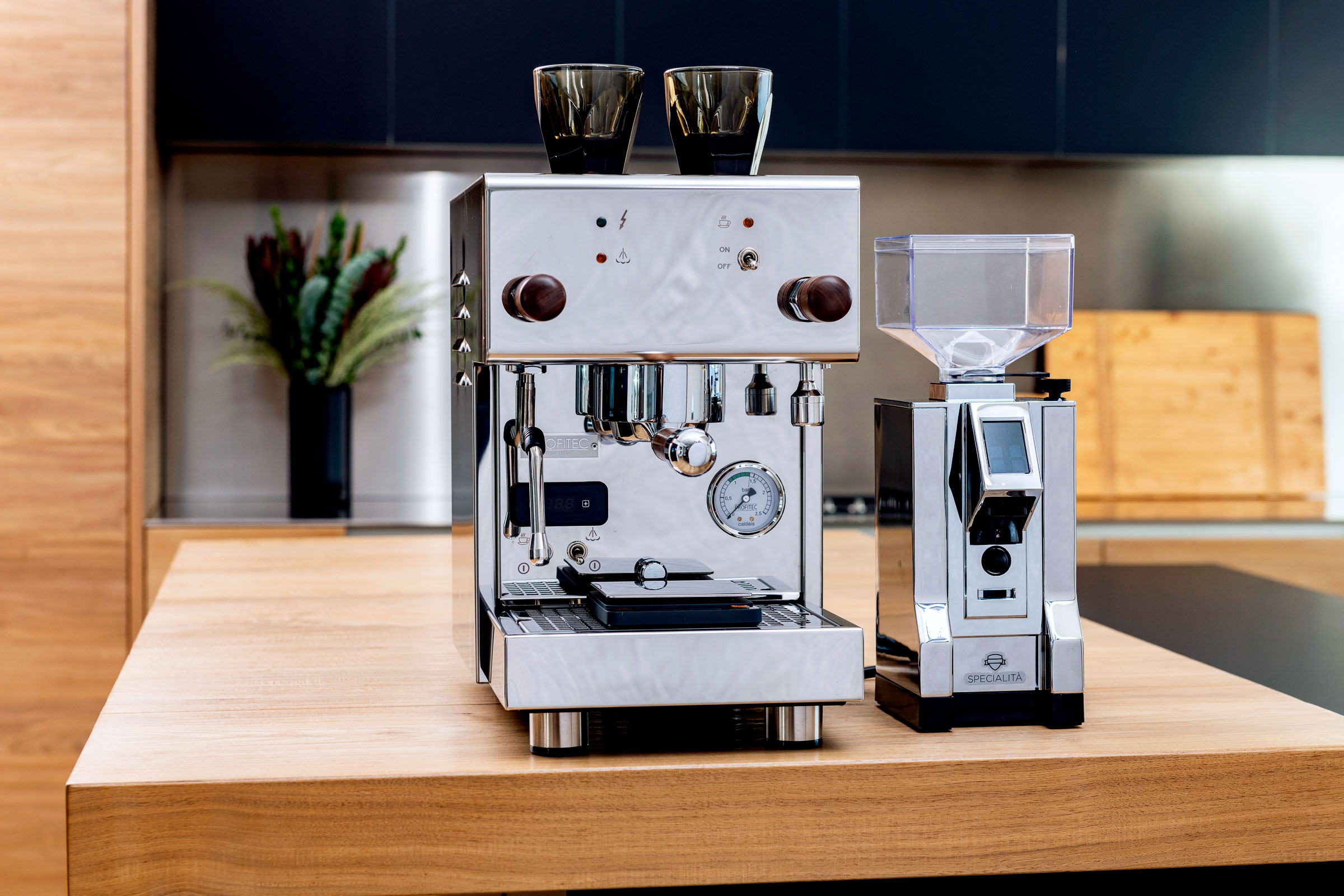